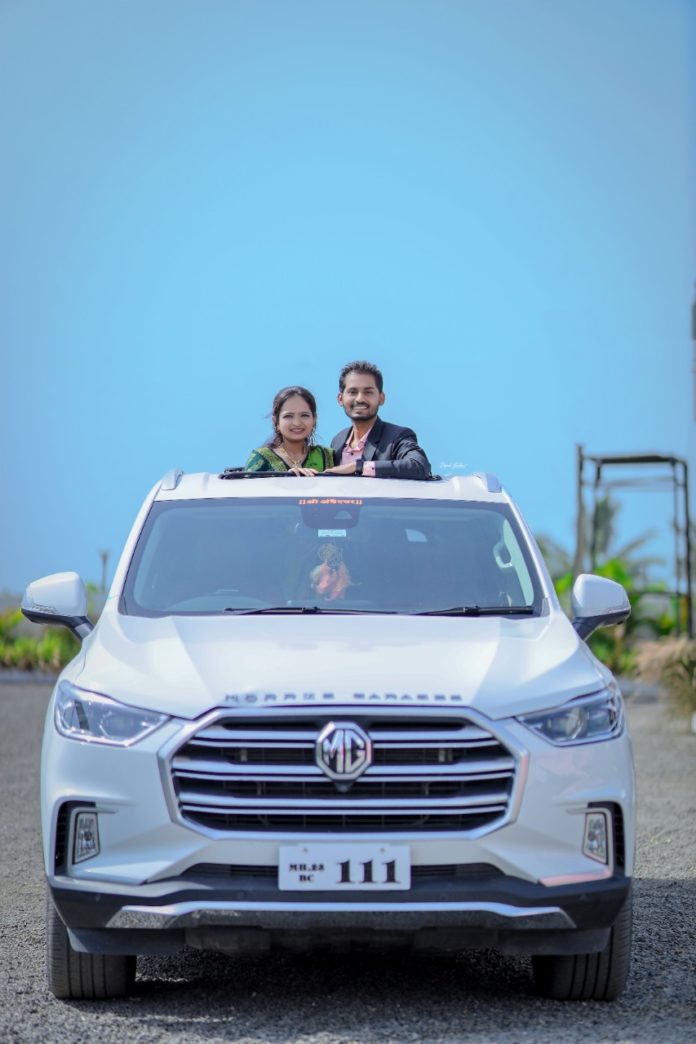 Youngest Criminal Law practitioner and Social Entrepreneur Adv. Sattyajeet Karale Patil, who is currently dealing in high profile criminal, cyber & narcotics matters at pan India, has got engaged to University Ranker and Goldmedalist Gauri Tanpure on June 12, 2022. The duo shared several pictures from their engagement ceremony on their Instagram handles with amazing captions.
It is said that, it is a tie up between two well-known reputed families in the Ahmednagar District. Many politicians, journalists, advocates, artists and people from various fields witnessed this ceremony. 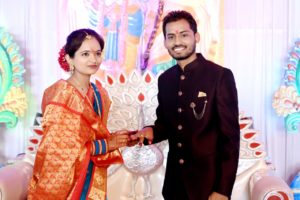 Talking about Sattyajeet Karale Patil, the Lawyer has done his Masters in Law and he is also Specialized in Cyber & Narcotics laws. He started his career as a lawyer in 2020 and currently dealing in many high profile cases of drugs & narcotics.
Sattyajeet is also a legal advisor for various corporate companies and also to the media groups. Sattyajeet was also a first English news anchor for Pune Metro News. He also featured in films such as Bhidu and his another film will be released on OTT platform soon. He is son of Senior Advocate Shivajirao Karale Patil who is Ex.President of Advocates Bar Association, Ahmednagar and well known for his social work.
Talking about Gauri, she has done her Masters in Politics from University of Pune and holds a Gold Medal for the same. She is daughter of well-known Shivshahir Dr. Vijay Tanpure, whose albums are popular on Apple Music, Ganna and on various platforms. Gauri is also an UPSC aspirant.
As per the source, their marriage ceremony will take place in December 2022 in Ahmednagar.
This beautiful couple is receiving Lots of Love on social media from their well wishers.